No need to wait for the opening of Calvi on the Rocks nor having to rush to Coachella to satisfy an urge for festivals. The season has officially been declared open! You can go chill and kick up your heels to the sounds of your favourite groups! And to really make this pleasure even more appealing, all the concerts are free. Would you like to hear more?

Beaugrenelle is welcoming a wild programme in its atrium. With this first music festival, Beaugrenelle is more than ever imposing itself as the new cultural scene of coolness in Paris.

Good news, the rendezvous will be taking place during two week-ends with the figureheads and new talents everyone is talking about. No excuses.

Friday, the 5th of April: it’s TAUR, the natural heir of Chet Facker, who is inaugurating the festival at 6pm. No need to mention the immense talent of the composer, who draws his inspiration from the music soundtrack of films going back to the 80’s.

The showstopper, is the presence of the one and only CHASSOL as lead player of the evening. A real phenomenon in the world of music, cinema and contemporary art, the inventor of "Ultrascore" is going to make the atrium really swing with his piano… Amongst his other collaborations, there is Phoenix, Sophie Calle, Xavier Veilhan and the Philharmonie de Paris.

Sunday the 7th of April: PRAA, a real genius of soul dance, who mixes eclectic influences such as Michael Jackson, Phoenix or Madonna, is opening the event at 4:30pm.

At 5:45pm, singer NNEKA, the rising star of the African musical scene, will interpret My Love, My Love and other tubes of her planetary success My fairy tales. Considered like the kid sister Lauryn Hill, the singer really knows how to mingle hip-hop, reggae and soul.

Saturday, the 13th of April: the ultra-dark music of FLÈCHE LOVE, with strong accents of hip-hop and soul, will be taking over Beaugrenelle, that will then welcome ALICE ET MOI, the new star of the Y generation and the festivals everyone dreams of attending…

Sunday, the 14th of April: the voice of JOE BEL (Hit the Roads, the ad campaign of Peter Lindbergh for Longchamp, that’s her) has just bewitched the atrium at 4:30pm for the first part of the show. Then it’s CORINE, the new furiously pop muse of French disco, that will pump up the volume and the temperature. We’re telling you, it’s the coolest festival around!

A festival with a different kind of atmosphere

With a department store totally reconceived as a concert auditorium, it will be possible to watch the action from the heart of the atrium, facing the stage. Unless you prefer being on the upper levels... A concert seen from above: hot stuff!

To round out the experience, the best food corners are on deck: Ladurée, Italian Trattoria or T&E... without forgetting the incredible ice creams of Yogurt Factory.

No festival without a photo call. Take the pose and immortalise the experience with an arty photo, to be posted absolutely on the social networks.

To be discovered: the Vinyle Club, featuring incredible nuggets for sale boxes for music fans. The must? The possibility of swapping vinyl with other 33 record geeks!

Beaugrenelle Music Festival, from the 5th to the 14th of April at Beaugrenelle

All the info on www.beaugrenelle-paris.com 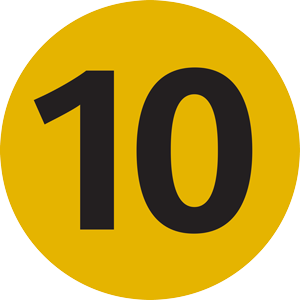