This summer, no need to strain your eyes to cultivate yourself! For long car trips or naps in the sun, pick from our selection of the best audiobooks , click play and enjoy!

1) TO REVISE ITS CLASSICS

A daddy's girl on a vacation in the South ... If this classic of the first teenage emotions signed Sagan is no longer very fresh in your memory, listen to the divine interpretation of Sara Giraudeau (Molière of the theatrical feminine revelation) for travel to the past.

Even if you have seen the film with Leonardo DiCaprio and Tobey Maguire , do not believe that this nugget of the Roaring Twenties has no more secrets for you.

Because a prize pool to rebuild Notre-Dame is all well and good, but it does not improve your culture, it is a bit of the moment to immerse yourself in the history of Paris and its cathedral through Esmeralda , Quasimido , Fleur de Lys or the ugly Frolo . PS: having seen the musical is no excuse not to listen to this masterpiece from A to Z.

Have you never leafed through the great classic of Jack London ? You can now listen to it! Told by director Denis Podalydès , this great initiatory novel retraces Martin's dreams. Gorgeous.

2) TO ENTERTAIN THE KIDS

What better way to pass the time of long journeys than to tell your children fantastic stories? With the collection of the 20 most beautiful tales for children which mixes Perrault, Andersen or the Brothers Grimm, you have more than five quiet hours in front of you!

3) TO MAKE UP YOUR DELAY ON MUST HAVE READ BOOKS

“ Whatiiiii, you haven't read The Fabcaro Speech yet? ”To avoid this kind of unpleasant sentence from your mother-in-law, know that our national Alain Chabat has read this funny jewel that has already become essential. His sister is getting married, Adrien, in his forties, has to write a speech. It is during a family meal, while he is desperately waiting for a sign from his ex, that the disillusioned man ruminates on the words he can offer his sister. A nugget as hilarious as it is touching.

Do you like to scare yourself? Tremble and listen to The Shadow of the Whale by Camilla Grebe , which has become a staple of the Scandinavian thriller . On the program: a thrilling investigation with multiple and judicious twists. Police officers Malin and Manfred are tasked with unraveling a sordid mystery: how four corpses of men could have ended up on the shores of the Stockholm archipelago ? To listen without moderation.

5) TO VIBRATE AS IN A SERIES

Are you already nostalgic for the Game of Thrones series ? You have no more excuses! Thanks to the original books of Georges RR Martin , no less than eight volumes of the series bring the Lannisters and Stark to life in audio version to make you even more addicted than to the HBO series !

6) TO FART IN THE DINNERS

If you are lucky enough not to even have read world history of France Patrick Boucheron, be ready to regale you and you grow! After having listened to this book which tells the story of France, from the Chauvet cave to the events of 2015, you will stop up a corner for all the smart kids who love to show off their culture during summer dinners!

World History of France by Patrick Boucheron, read by Matthieu Buscatto on audible.fr, € 31.05

7) TO LEAD A HEALTHY AND HAPPY LIFE

Do you know why the people of Okinawa Island in Japan live longer and get much less sick than the rest of the world? If you want to know the magical secrets of Japanese happiness, Ikigai , rush to this audiobook full of great tips for learning to love and listen to yourself.

The Ikigai Book by Bettina Lemke on audible.fr, € 5.95

8) TO DIVE BACK IN CHILDHOOD

What could be better than to listen to Les vacances du petit Nicolas de Goscinny before going to sleep to rediscover his childhood memories? It is now possible: put on your headphones, close your eyes (unless you are driving) and dive back, with the inimitable voice of Benoît Poelvoorde , into your tender age.

9) TO BOOST YOUR MEMORY

Does your memory seem to fade as you get older? Is that you are not using it correctly! To learn to memorize entire lessons, the faces and names of the people you meet or even information about G culture, the audio version of this playful book is incredibly effective. Oust, the memory of goldfish!

10) FOR THE PRETTY VOICE OF ISABELLE CARRÉ

You knew the sparkling and talented actress, discover a touching and sensitive Isabelle Carré in her first novel read by herself. In a family of dreamers a little ramshackle in the seventies, young Isabelle struggles to grow up without turbulence. To poetize his often brutal reality, dance becomes his life dream. Yet it is the theater that will reveal the strength and fragility of the adolescent. Layer by layer, with fine and graceful writing, the actress reveals herself and invites us to discover her often painful secrets of a little girl and young woman. A powerful and generous novel.

Audible offers a subscription offer of € 9.95 / month including an audiobook each month (the 1st month of subscription is free) 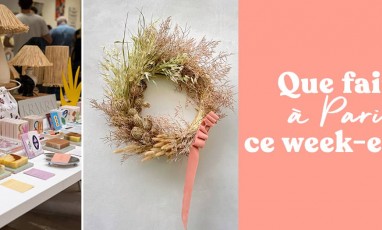 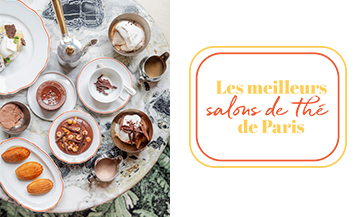