Long taboo, the issue of transgender children is beginning to animate public debate and invest the TV screens. A delicate subject that can be treated with accuracy and emotion . The proof with this touching mini-series from England which tells the story of a transgender child and his family.

Once upon a time…

It is the story of a little girl locked in the biological body of a boy . In England, 11-year-old Max lives with his sister Lily and mother Vicky, who is raising her children on her own after their father Steven leaves. In his room, out of sight, Max is Maxine , a little girl like the others who loves lipsticks, sirens and dancing to the hits of the moment. But puberty transforms her body and Max can no longer support the sex growing between her legs. Desperate , he tries to self-harm. This cry of alarm is the trigger for the whole family .

A family in turmoil

This is the success of this touching and realistic fiction: to show, alongside Maxine's path, the journey of an entire family towards the acceptance of this new sexual identity . The denial of the father, Steven, who does not manage to “ mourn ” his adored son, the risks taken by Vicky, mother wolf ready to do anything to help her, even if it means fleeing abroad where Max can benefit from 'a treatment blocking puberty: " I would rather have a daughter than a son in the cemetery " (everything is said). Not to mention the dumped grandparents " He just has to be gay " and Lily, the sister left behind by monopolized parents. In short, the Stations of the Cross of a torn but loving family which must gradually reinvent itself in a society still largely determined by gender clichés.

A strong and hopeful message

Rest assured, there is nothing dark and heavy about this poignant drama . On the contrary ! The actors ( Anna Friel and the young Callum Booth-Ford who lends his features to Max / Maxine) are amazing and the lively and rhythmic realization by Tony Marchant (dappled with a pop and colorful dressing) encourages more empathy than to tears (although you will probably shed a few at times).

Our verdict: Without soliciting or making people cry in the cottages, an overwhelming series that carries a salutary and invigorating message on a painful subject. To discover.


Also discover the Bold Type, the series that will dethrone Sex and The City 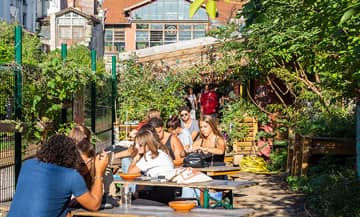