Paris, the new season is obviously synonymous with socializing (while keeping in mind social distancing), as well as new highly coveted terraces and tables. With Mun, the happy few finally have access to the exclusive and highly perched address they deserved after months of lockdown­ —­all in a fairy tale decor.
And of course, it’s a must to reserve in order to take the elevator and reach the most coveted address of the new Fall season!

A TERRACE ON THE ROOFS OF CHANEL

After Loulou, Coco or Monsieur Bleu, it’s obviously Laurent de Gourcuff (Paris Society) whom we must thank for this new stunning rendezvous in Western Paris.

A true vegetal paradise spread out atop the 52 Avenue des Champs-Elysées, the rooftop and its restaurant are installed on the seventh heaven of Chanel’s headquarters… Because this spectacular hot spot is the huge highly perched outdoor garden (100 places on the terrace) with a fab view of Paris—from the Eiffel Tower to the Sacré-Cœur.

The interior decor has been particularly implemented. The fanciful scenography of Eve Romberg and Charlotte Besson-Oberlin dominates the capital like a Titanic and reinvents the art of travel by picking between the universes of Tintin’s Blue Lotus Flower and the Orient Express.

From the PR of the deluxe house, just a few levels below, head on with the celebrities of the house, as well as the big wigs in the area or discreet stars: no need to say more regarding the prestigious inside-trackers already racing over to Mun.

A MENU WITH STRONG JAPANESE INFLUENCES

Inspired by the masters of the moment (Matsuhisa, Kunitoraya...), the restaurant managed by Julien Chicoine has positioned itself as the new landmark of Asian gastronomy with a strong Japanese influence. As testified by its deluxe sushi-bar, where two sushi maestros work on the best catch of the day: carpaccio of cray fish with caviar lemon (€32), yellow tail nigiri (€21) or red tuna and sea urchin (€18), california of gambas panko & chipotle mayonnaise (€24), or O-Toro sashimi (€42), an incredible piece of tuna to be name-dropped.

Other must-test specialties: tempuras, crispy chicken with tonkatsu sauce (€28), black cod and orange miso (€56). As for desserts, Yann Couvreur puts a finishing touch on the culinary show by shaking up black sesame. Ultimate snobbism when it comes to liquids: choosing amongst the very high-end selection of sakes.

the hot house: an outdoors BAR on the roof

A rare occurrence, it’s also possible to book your place in the outdoors bar and benefit from the atmosphere of the venue without actually having to sit down for dinner. This outdoors speakeasy is nestled in a hot house with a mini-garden of aromatic herbs that supplies Aurélien Fleury, the barman, with everything he needs, including mint for mojitos.

To accompany couture potions, there are some terrific appetizers: blown rice, tartare of salmon, chili mayonnaise (€18) and crispy king crab, yuzu and avocado (€28).

The best rooftops to hang out this summer

Thanks for Everything : a very private party at the Perchoir

A private beach on a rooftop

au__top: the new rooftop that is going to topple Perchoir

Rooftops: evenings to be reserved urgently

A terrace with a view in Montmartre

The Montana rooftop: the snob QG for the new season

Barbès, the rooftop of inside track Parisiennes

Australian rooftop at the docks

The Perchoir Gare de l'Est is back

The secret roof of Clasico Argentino

drinking from the rooftop

Cocktails looking over a skyline just like in Manhattan

Dinner on the most secret rooftop in Paris 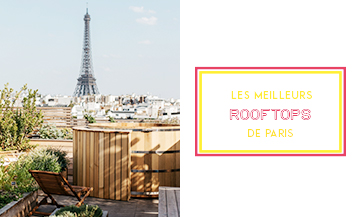 The best rooftops to hang out this summer 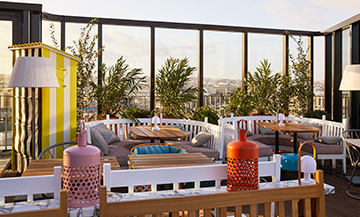 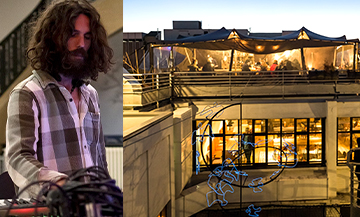 Thanks for Everything : a very private party at the Perchoir 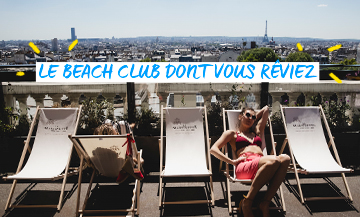 A private beach on a rooftop 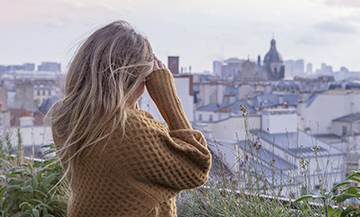 au__top: the new rooftop that is going to topple Perchoir 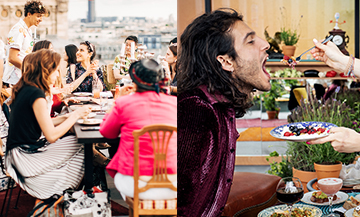 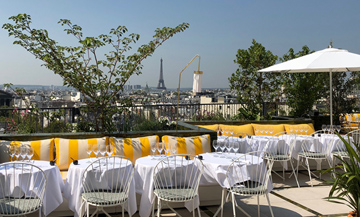 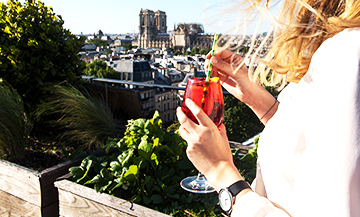 Rooftops: evenings to be reserved urgently 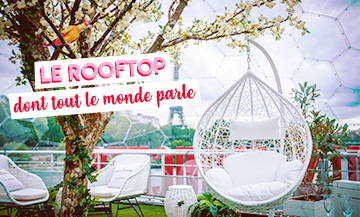 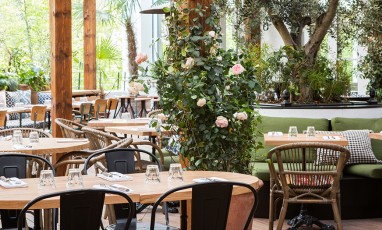