The clubs are reopening their doors: hooray! Where to go out for wild evenings? Inspiring Parisiennes who have a sense of partying gave us the coolest and trendiest addresses in Paris, from aperitif until the end of the night… Get out your prettiest shoes and little dresses… We'll take you dancing!

Where to start the evening? I like to start the evening at Chez Jeannette ( 47 rue du Faubourg Saint-Denis, Paris 10th ) , I love the atmosphere, it's a bit like a second home. And if I'm hungry, I go to the Collier de la Reine ( 57 rue Charlot, Paris 3rd ) , the new seafood restaurant in the Marais for a seafood platter.

Your love club? To go dancing: the dance hall of La Casbah ( 18-20 rue de la Forge Royale, Paris 11th ) , where we find the spirit of The Box in New York, with many people of very different genres and an atmosphere of fire while remaining intimate. “ What happens in Casbah stays in Casbah ”: I like the idea of partying very freely without worrying about what people will say. And then I have some affinities with the boss ( her fiancé, editor's note )...

And after ? If I really have the niaque, I can go break my voice at La Noche ( 7 rue Pierre Fontaine Paris 9th ) in Pigalle , the best karaoke in Paris… Otherwise, I go dancing on real techno at Rex ( 5 bd Poissonnière, Paris 2nd ) or at Badaboum ( 2 bis rue des Taillandiers, Paris 11th ) until the early morning.

A routine before bed? Generally, I go to bed fully dressed without going through the toothbrushing box.

Your love club? I love going to Sauvages ( 58 rue Jean-Jacques Rousseau, Paris 1er ) which is great! I trust the DAs, the programming changes and it's always of high quality, so I'm happy to let myself be surprised. At La Bellevilloise ( 19-21 rue Boyer, Paris 20th ), Breakbot and Irfane are friends who can keep me dancing all night long.

And after ? Usually, I go straight to bed. I prefer “ l'avant ” to the Book Bar ( 18 rue de la Fidélité, Paris 10th arrondissement ) whose programming I manage, which are the best before in my opinion. I am lucky to be able to book my friends Eddie Megraoui or Marine Neuilly there , to be able to organize book launches...

The right dress code? Always flat out in a pair of Gucci loafers to dance the night away.

A routine before bed? Thinking about my brunch the next day at Holybelly and Le Café du Coin ( 27 rue d'Anjou, Paris 8th ) for its pizzettes.

Where to start the evening? Chez Forest ( 11 av. du Président Wilson, Paris 16th ), the restaurant of the Museum of Modern Art with my friends Julien Sebag and Dorion at the helm. A menu all about sharing with the best of Israeli cuisine before dancing to psychedelic oriental music. We come out of there more motivated than ever to party all night long.

Your love club? A classic, the Silencio ( 142 rue Montmartre, Paris 2nd ) , I feel at home there with its own unique atmosphere. I go there with my group of friends, we are never disappointed. The extra thing? Its small lounges, perfect for getting to know your crush of the evening better (lol).

And after ? A last drink at Serpent à Plume ( 24 place des Vosges Paris 3rd ), special mention for their Moscow Mule .

A routine before bed? Ghost Tears from Garancia is my best ally after a sleepless night, it gives you the appearance of having slept 12 hours.

The right dress code? A little black dress always works, especially the Darc dress from Musier and its neckline down to the buttocks, sure to make a splash while being ultra-comfortable.

Your love club? Le Colonia ( 18 rue de Beaujolais, Paris 1er ): this private club remained open while everything was closed, we met the Parisian nightlife there on “ forced leave ”. The place transports you to South America with amazing margaritas prepared by the Mexican bartender. You need a code for entry but as the Paris of the night is a village, anyone motivated can find the secret code...

A routine before bed? I remove my make-up with rose water and moisturize with Chanel 's n*1 serum and moisturizing cream while sipping chamomile tea before wrapping myself in my silk cotton sheets, my pillows and my goose down duvet. Best place to end my evening.

Where to start the evening? I have just started a residency at Forest ( 11 avenue du President Wilson, Paris 16th ) , the new restaurant of the Museum of Modern Art in Paris. For those who are not afraid to venture into the 16th, I invite you to test! It becomes very festive after the second service, nothing like warming up for the rest of the evening and the dishes are delicious. There is also the Bécane à Gaston which I highly recommend ( 24 rue Lucien Sampaix, Paris 10th ). Everything is homemade, it's just good!

Your love club? I love going to La Casbah ( 18-20 rue de la Forge Royale, Paris 11th ) . I am organizing an evening there called La Boum with my friend Benjamin Belin who is in charge of the artistic direction of the place. The theme is “ Guilty Pleasure Songs ” from the 2000s. We do a kitsch decoration with balloons, it's always very festive! The next one is coming in March, stay tuned!

And after ? At the moment, people are going to Carmen ( 34 rue Duperré, Paris 9th ), the only club that was open after 2 a.m. until then. It is a former private mansion classified as a historic monument open all night for a last drink and a last dance.

The right dress code: a costume from the Minuit brand , timeless and chic!

Charlotte Tanguy, Head of Partnerships at DO IT IN PARIS

Where to start the evening? I love the piano bar spirit of Thoumieux ( 79 rue Saint-Dominique, Paris 7th ) or Piaf ( 38 rue Jean Mermoz, Paris 8th ) for dinner while singing along to France Gall with friends. The other option: Le Bœuf sur le Toit ( 34 rue du Colisée, Paris 8th ) to see shows, the decor is crazy! Please note: you have to think about reserving a table for dinner on the cabaret side…

Your love club? At the moment, the Colonia ( 18 rue de Beaujolais, Paris 1er ), in clandestine mode. We always feel privileged to have the code. And of course the Raspoutine ( 58 rue de Bassano Paris 8th ) to dance in a cozy atmosphere.

And after ? If the evening is in full swing, we inevitably end up at Madam ( 49 rue de Ponthieu, Paris 8th ) with the mythical Mathieu at the door.

A routine before bed? We debrief the evening with my boyfriend who makes me pasta.

A very festive tapas bar in the Marais

Rue des Bulles: a champagne party in the 6th district

Deviant, the bar to be tested urgently

Bô, the new Caribbean bar that is making Paris dance the “zouk”

Baba, a new evening bar in the Marais

The bar that will really impress your target

8 secrets bars and restaurants in Paris

Anna, the foodie bar of the 11th

A last drink at Manko

Fitzgerald, a bar with the Gatsby spirit in the 7th

Brunch, Spice Girls and video club: a unique venue dedicated to the 90s

Andy Wahloo : the thousand and one nights garden bar

The hidden pearl of the Marais

The most trendy bar of Marseille lands in Pigalle

A free bottle of champagne for all the do it girls

The best bars to watch the Euro 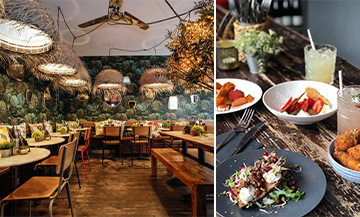 A very festive tapas bar in the Marais 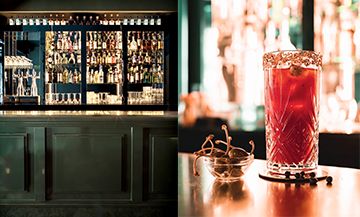 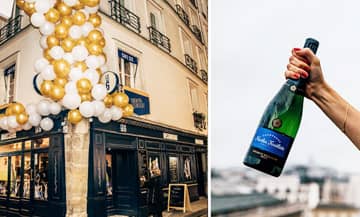 Rue des Bulles: a champagne party in the 6th district 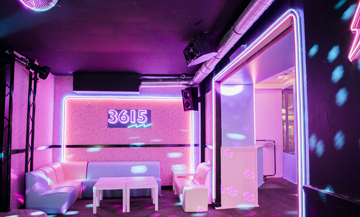 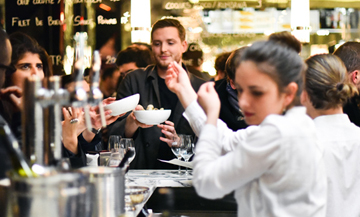 Deviant, the bar to be tested urgently 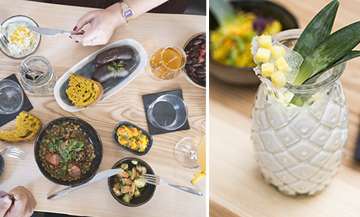 Bô, the new Caribbean bar that is making Paris dance the “zouk” 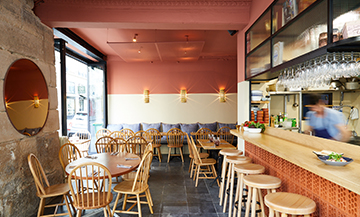 Baba, a new evening bar in the Marais 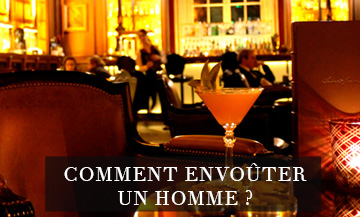 The bar that will really impress your target 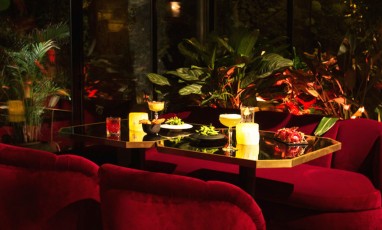 8 secrets bars and restaurants in Paris 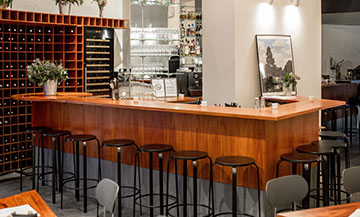 Anna, the foodie bar of the 11th 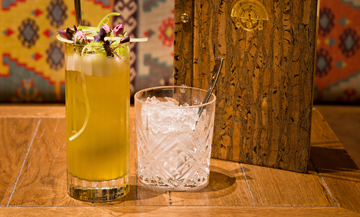 A last drink at Manko 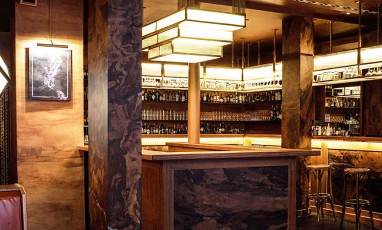 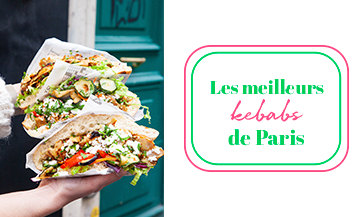 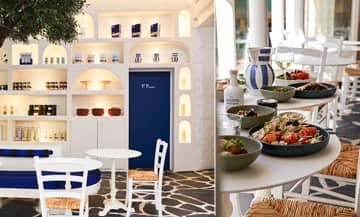 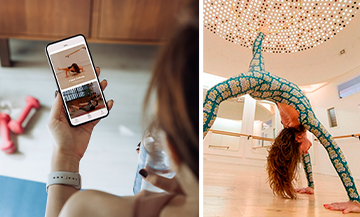 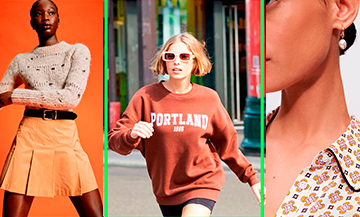 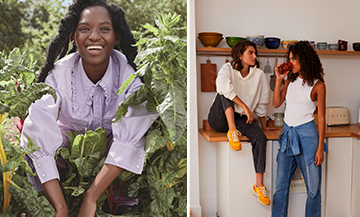 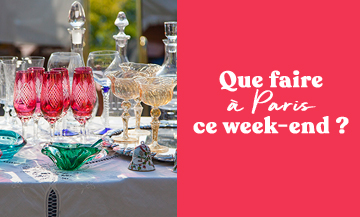