While waiting for the new season of Top Chef (small reminder, Jean-François Piège skipped out, replaced by Paul Pairet— super good news to deal with. Yum.

The Food Temple event is back this weekend at the Carreau du Temple for a special Mediterranean edition. Three good reasons to participate in this crazy foodie gathering.

Once again, the organizers of this gourmet rendezvous went for the big picture featuring not one, but two amazing sun-filled brunches. Chef of the starred restaurant Les Bacchanales in Vence, Southerner Christophe Dufau was missioned specially for the event on Saturday.    A perfect occasion to taste his unique and committed cuisine.

Franco-Israeli Tamir Nahmias will be picking up the relay on Sunday for a highly awaited session since the buzzing opening of his table, Adar in Paris.

Brunch on Saturdays and Sundays €25 without beverages, by reservation.

Because his rare Parisian appearances systematically create a sensation, we are delighted by the presence of La Chassagnette’s chef (Arles). In addition to ensure tempting dishes for the opening on Friday night, this native from the Camargue region will animate a masterclass with his brother Alexandre (Takaramono) on a vegetable theme (Sunday from 11am until noon).

A Povençal market in the middle of Paris

Panisses, calissons, navettes, olive oils, poutargue, Kalamata olives, pastis with herbs… One thing is for sure, producers and crafts person in the Mediterranean basin are not the kind to show up in Paris empty handed. So be sure to plan on a woven basket to be filled up with local specialties.

And also? Cooking classes for adults and kids (signing up required), stands of street food and a bookshop corner with the latest cookbooks for a little inspiration.

A tip? Be sure to show up with an empty tummy!

Food Temple Méditerranée, from the 20th to the 22nd of September 2019. More information on www.carreaudutemple.eu.

Also check out Shabour, the new restaurant of the Balagan team and the new Greek coffee-shop Yorgaki.

Cali Sisters: their new brunch in the 2nd

A great kids-friendly brunch in the 11th

A Yoga-Brunch in the coffee-shop of healthy girls

An unexpected brunch in a design workshop of the Marais

The festive Bastille Day brunch in the courtyard of the Plaza!

The 100% veggie brunch of Yumi

A yummy and kids friendly brunch at Batignolles

The Bô Caribbean bar is launching its heart-felt brunch

And what if we reserved a table for a veggie brunch on a rooftop ?

Sunday at the Hôtel Grand Powers

A comforting brunch in the 17th

A fab brunch sitting on a terrace

Farago, « the» new in brunch at Cours des Petites Ecuries

An English style brunch at €19

In “Like in New-York” mode at the Coffe Club

The best anti-hangover brunch of Charonne

Ribs and roasted chicken: a yummy brunch at th heart of the 2nd

A country escapade only 15 minutes away from Paris

On Sunday, it’s bouillabaisse in Belleville

Enjoy brunchez directly in a boulangerie of the 10th

A very trendy brunch at 21 Blanche

The coolest brunch in Paris

The best brunch of the 16th

We tested the new brunch of the Lutetia

The veggie and gluten-free brunch of Foucade

Where to find the best eggs Benedict ?

The €49 brunch of Pierre Hermé at 86 Champs-Elysées

An all-you-can eat brunch: the Gaîté Lyrique has gone all out!

The brunch by Céline Pham ticks all the boxes

46&3RD : The address for an week long brunch

Test the all you can eat brunch of B.O.U.L.O.M

The brunch for avocado buffs

The best brunch of the holidays

Brunch in the most poetic garden of Paris

Brunching on a terrace at the Grands Verres

A giant brunch for €20 at the Carreau du Temple

Brunching at Hôtel Grand Amour for €20

Crêpes and waffle, the regressive brunch of Brutus

An addictive Indian brunch on the Grands Boulevards

A €20 brunch at the Gourbi Palace

Where to find a delicious healthy brunch?

The best vintage shop-op in Paris

Senoble, the tea salon Parisiennes are wild about

Le Derrière: the most socialite dining room in the Marais

A room-service brunch delivered in bed!

The brunch of Maison Plisson delivered in bed

Miss Marple: the girly hangout in the 7th

The 10 new brunches to check out

La Bossue, the most “cake filled” brunch in Paris

In “trendy Sunday lunch” mode at the Bachaumont

A great grocery shop for a Scandinavian brunch at home

A Haute Couture Brunch at the Plaza

Breakfast at the Plaza

Liberté, the most sexy brunch of Paris!

A terrific brunch served in bed !

A bubbly garden hidden in Pigalle

The most "blasphematory" : in the L’Archipel chapel

The most comfort food : 13-a baker’s dozen

Eat your heart out: L’Impasse

A couture feast at the Plaza for 60€

A healthy brunch at Pain Quotidien

The most stylish “buffet de la gare” in Paris

The most addictive at Comptoir Urbain

Fantastic brunch at the Shangri-la

Marcel, a mini-Brooklyn in Sèvres Bab’

The Southern Kings of pissaladière and socca

Yuman, the eco-friendly and 100% organic fast-food

The 12€ brunch on Canal Saint Martin

The hottest watering hole in town

Pasta Linea, a trattoria just like the Italian Mamma !

The cantina of the new trendy concept store in the Marais

The oyster and cocktail bar setting fire to the Marais

Taokan : the trendy Asian that is buzzing in Saint-Germain

The most glamour club sandwich at the « The Club » Bar

A light Sunday, with a Frenchy sauce

Oro Bianco, the cult canteen of the moment

Candeleria, an Experimental Cocktail club with a tex-mex flavor...

An American in Saint-Germain

Flottes, the classy bistro we need

KGB, a classy cantina made out of heaven

Marcel, a mini-Brooklyn in Sèvres Bab’ 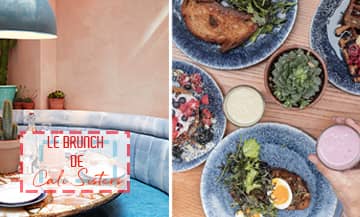 Cali Sisters: their new brunch in the 2nd 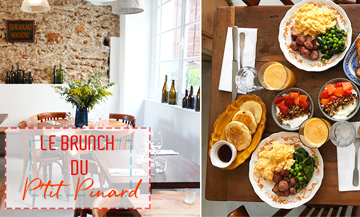 A great kids-friendly brunch in the 11th 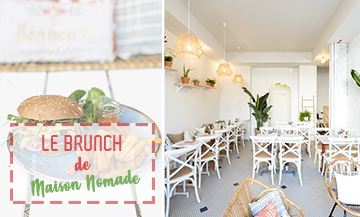 A Yoga-Brunch in the coffee-shop of healthy girls 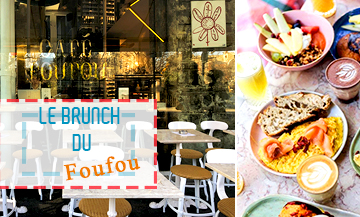 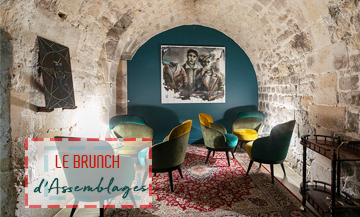 An unexpected brunch in a design workshop of the Marais 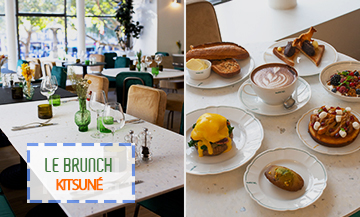 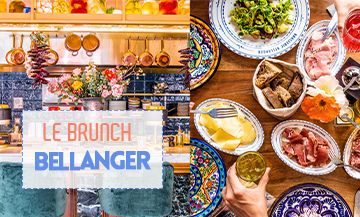 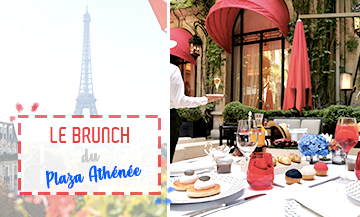 The festive Bastille Day brunch in the courtyard of the Plaza! 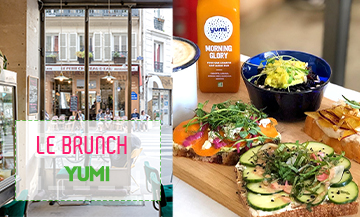 The 100% veggie brunch of Yumi 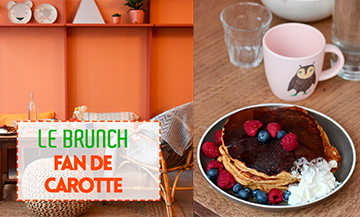 A yummy and kids friendly brunch at Batignolles

THE 6 PARISIAN EVENTS NOT TO BE MISSED

The new beauty protocol that the stars are crazy about 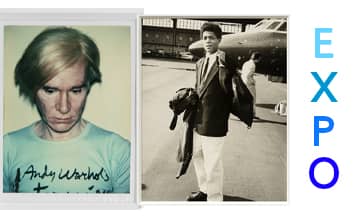 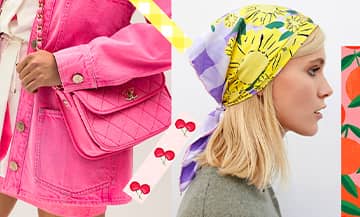 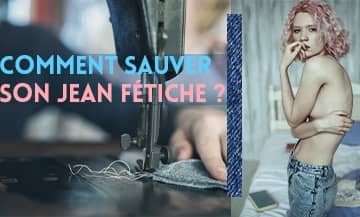 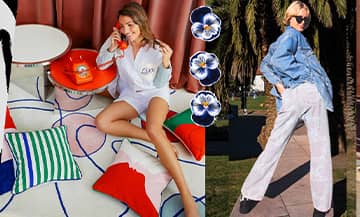 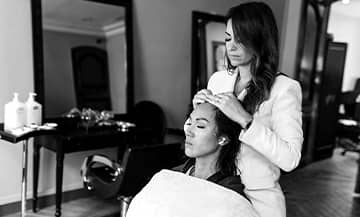 The new beauty protocol that the stars are crazy about 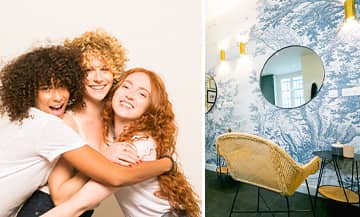 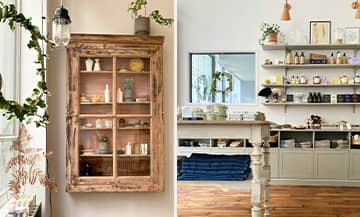 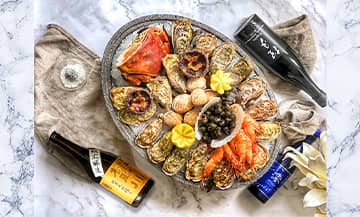 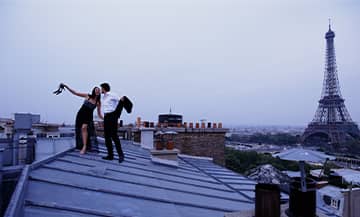 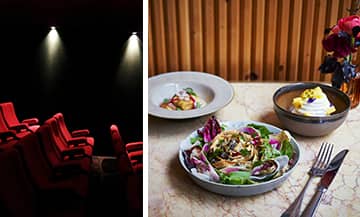 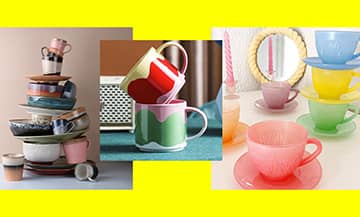 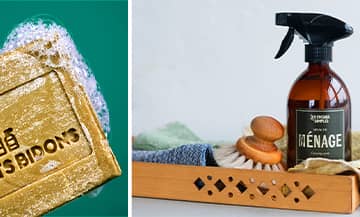 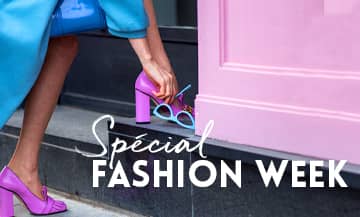 The 6 Parisian events not to be missed 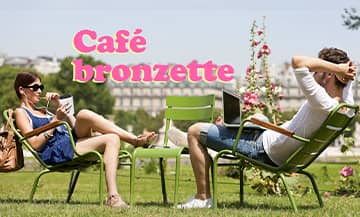