Do you know the worst nightmare of burgers and sushi? The bao. It’s the new big craving of foodies who swear only by this Chinese brioche with high instagramable potential, steamed and stuffed with yummy goodies… of then cut in half, to be garnished like a sandwich. Our best addresses to taste them in Paris.

At the Yam’Tcha tea house

If one were to mention just one traditional bao in the street food style, it would be the one of Adeline Grattard, the star chef who popularized this small delicious bun in a 2.0 version.

Here one can enjoy their best-seller with Stilton cheese and amarena cherry, in Basque pork mood and Szechuan-style eggplant, a sugary Comté curry with cream and gooseberry jelly. To be eaten steaming hot in the street, or nestled in her small tea salon.

Reservations are a must if you have still not dropped by the ultra-coveted Asian restaurant of Taku Sekine (the darling chef of Dersou). At Le Cheval d’Or, he offers “his version” of great Chinese food classics, starting with fab baos in DIY mode. Concretely, the bao dough and the garnishing is presented separately: clients choose their own recipe.

Its steamed brioche with glazed beef cheek, leek, soya & spicy cucumber sauce is creating a real buzz. The star chef everyone is talking about, Tomy Gousset, is right on target with his bistro (named best bistro in 2019) serving gastronomic comfort food.

In this wonderful cantina on Rue Saint-Denis, each small ball made with organic flour, corresponds to … a title by Chinese singer Jay Chou! The specialty? Their xiao long bao, 5g of dough morphs into a 1 mm thick disk garnished with 16g of stuffing and broth, then closed in 18 pleats. Even their dessert bao with coconut cream is as regressive as a cuddle.

Après the sushi of Blueberry, the Vaconsin sisters opened a glamour bar like in Hong Kong, where Monsieur Wong (ex Shangri-La) signs a black bao with truffle and smoked scamorza or a lacquered pork version with amazing cocktails. A wild place.

At the heart of the Triangle d’Or, the gastronomic Chinese restaurant Imperial Treasure conveys its letters of nobility to specialties from the Celestial Empire. In the 8 steps of the tasting menu, one finds unforgettable versions of the bao: the xiao long bao stuffed with steamed pork and perfectly spiced broth, as well as the bao of Spanish ham and crispy rice. A delight.

In addition, the sweet option with eggs or chocolate-hazelnut (€5), totally regressive.

In London, the super trendy restaurant of Korean street food On the Bab is always cool. Same phenomenon since its ultra-glamour opening in the middle of the greasy spoons on rue Sainte-Anne. These baos are the must-eat of the house, served as plump sandwiches, stuffed with Korean BBQ. Just choose your own: bulgogi style beef, fried mushrooms, spicy pork and fried chicken. With a cocktail or a beer: a delight.

This is a curiosity in the Chinese-American food sphere. In a cheese-burger version with a top notch black Angus steak topped with cheddar—finally a rather classic burger except that its bao bun make it an orgasmic junk-foodery.

Twigs and tops in the Marais are wild about this small ultra-kawaï Japanese cantina with its poke bowls and Spring rolls. The big hit? Their gua baos, steamed brioches with marinated beef, served with sweet potato fries. Yummy.

Do you prefer a street food market or a star-studded venue ?

A paved "In the mood for love" courtyard

A Japanese picnic under the cherry blossoms 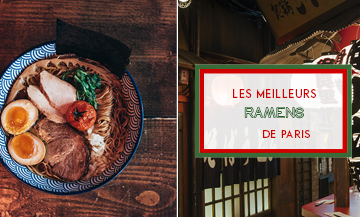 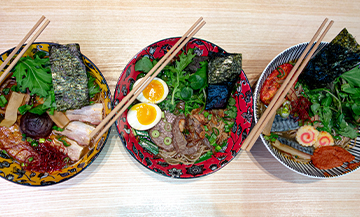 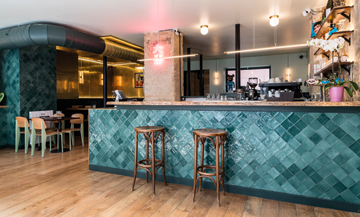 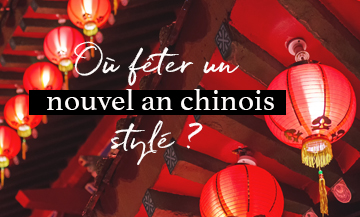 Do you prefer a street food market or a star-studded venue ? 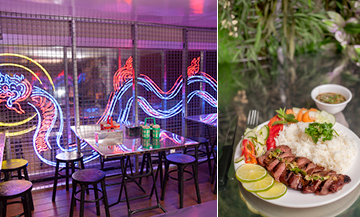 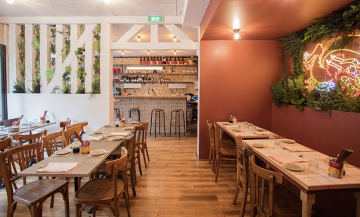 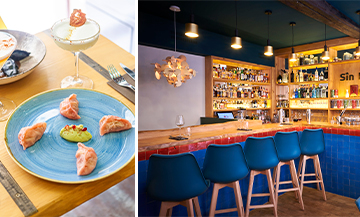 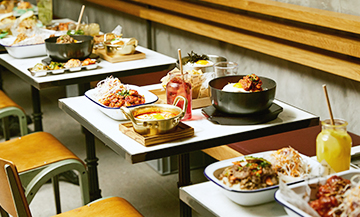 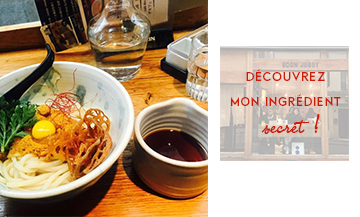 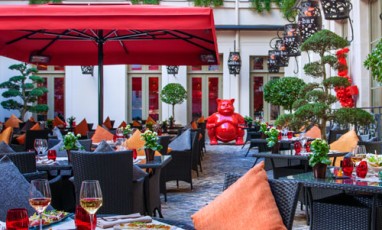 A paved "In the mood for love" courtyard 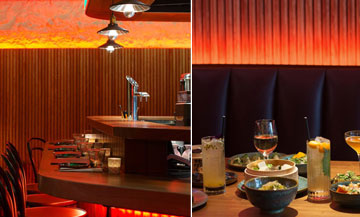 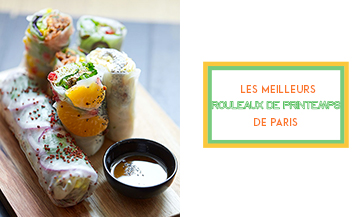 HOW TO CONSULT THE BEST SOOTHSAYER IN PARIS? 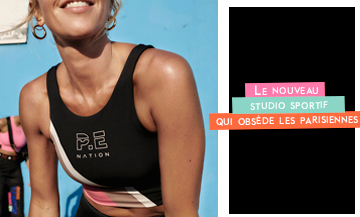 Book your VIP Invitations for the H&M Sports Club