Here are Southerner fries made with chickpea flour. So when Julien Duboué, the star chef from the Landes, creates his own recipe for this vintage junk-food in his book "Sud-Ouest" it’s obviously a killer...

The tasty story : « After a game of pétanque with friends in the sunny Var region, my friend’s mother served panisses at happy hour. I found this so interesting that when I returned home, I tried the recipe by replacing the water with fresh cream, to make the panisse tastier and creamier... I also added chorizo by Eric Ospital and rosemary to bring a herbal touch and underline Provençal character of the recipe.»

The night before, chop up the rosemary and bring the liquid cream to a boil in a pan. Away from the flame, add the chickpea flour, the salt, the ground pepper and the chopped rosemary. Mix until you obtain a smooth dough.

Dice up the chorizo (brunoise). Cook the dough on low flame for 15 min constantly stirring. The dough must be well-cooked so that the panisses don’t break when they go through the frying process.

Then add the diced up chorizo. Pour the dough in a rectangular mould with 2 cm width, cover with transparent film, place in the icebox for the night.

The same day, unmould the panisses dough on a board, then cut lozenges with 2 cm sides. Fry the panisses at 180 °C during 1 min, then drain on absorbing paper. Serve quickly.

Also discover the carpaccio of chorizo and banana and the butternut squash of Alain Ducasse.

The recipe for the perfect surf and turf roll

A no gluten happy hour !

A gourmet tartine with fresh goat cheese, broad beans and Apricots from our Regions

The raw food salad we want!

The recipe for delicious salty cheese-cake

The avocado tartine of Maison Plisson

A salty tarte that is good for us 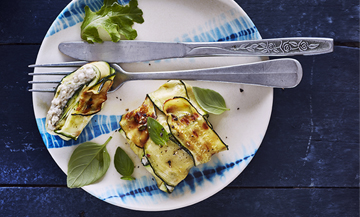 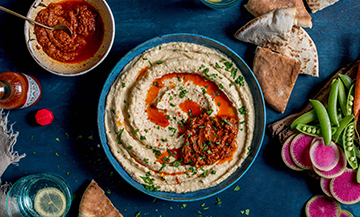 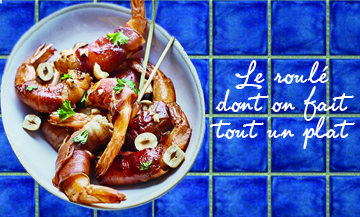 The recipe for the perfect surf and turf roll 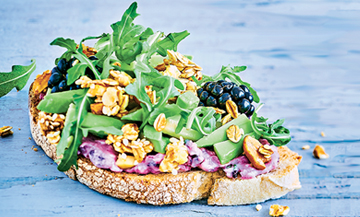 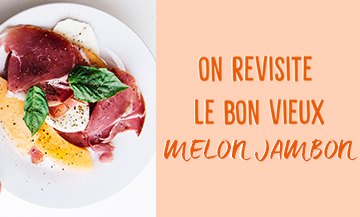 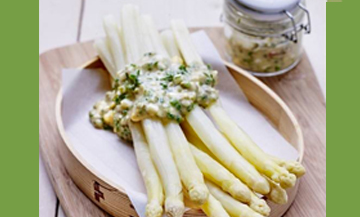 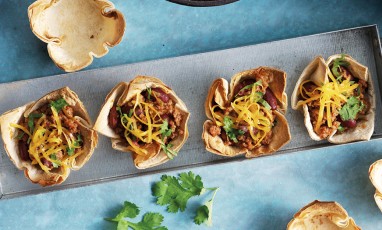 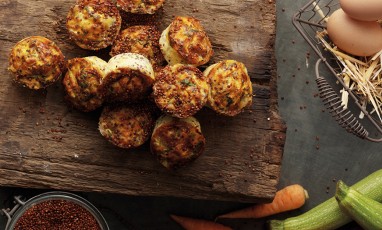 A no gluten happy hour ! 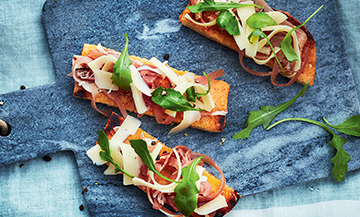 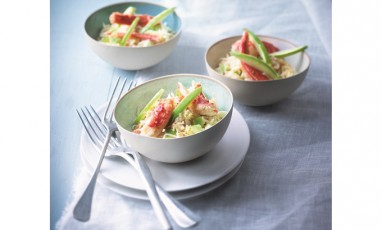 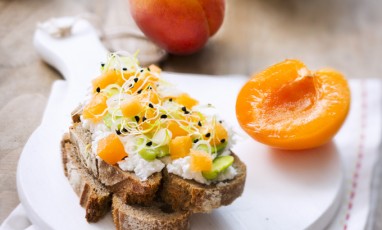 A gourmet tartine with fresh goat cheese, broad beans and Apricots from our Regions 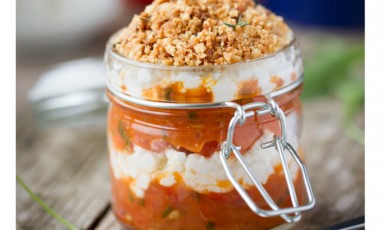 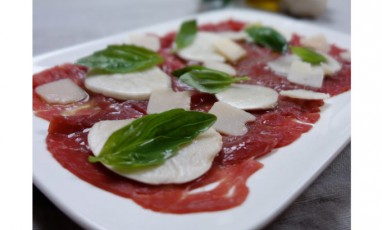